Eberswalde can be reached via BundesstraÃŸe B2, which connects Berlin with Bernau, Biesenthal, Eberswalde, AngermÃ¼nde and Schwedt. 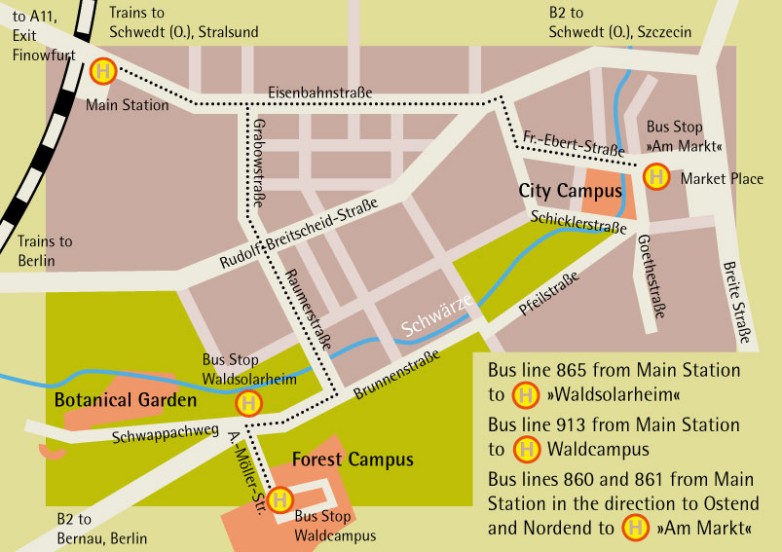